The mall in this case-study, Vestsjællandscentret, had specific objectives when choosing a solution to keep up with the changing trends in consumer behaviour and the increasing influence that digital media and online shopping plays in customer journeys. These were the objectives:

Vestsjællandscentret is part of a mall-portfolio owned by Danske Shoppingcentre (DSC), and is under the management of DEAS. While Danske Shoppingcentre were in the process of deciding to launch an owned marketing platform in all of their malls (hint: that platform ended up being Emplate as well), Vestsjællandscentret were eager to get going and took action to launch as the first mall in the portfolio.

Results at a glance

It took just 41 days from the decision to launch was made until the Vestsjællandscentret app was live in app stores. It also did not take long until the mall achieved astonishing results. Here is a quick peak at some of the results in the first five months.

The portfolio-owner at Danske Shoppingcentre (DSC) were in the process of picking the perfect digital solution to roll out in their malls and Vestsjællandscentret was eager to initiate digital initiatives – becoming the first mall from DSC to launch with Emplate.

DSC  decided that Emplate was the best choice of a digital marketing platform that would increase footfall, loyalty, and sales in their malls.

The quick decision left a short period until launch, meaning that the marketing initiatives for the following months had already been planned and purchased, leaving little room in budget and effort for the new digital initiatives. As a result, the mall did not prepare targeted initiatives to market the new marketing platform. Instead they added relevant messages to the planned marketing, and focused on preparing the essential for a successful launch:

Further efforts targeted at promoting and establishing the new marketing platform were planned  approximately two months after the launch.

Targeted app-initiatives to increase user base

After approximately two months, the mall started to execute targeted digital initiatives. Among these efforts four proved particularly efficient at establishing the user base for the new marketing platform:

The mall utilized the classic vending machine to attract customers. The concept was simple: A bottle of water or soda in exchange for downloading the app. After setting up the vending machine, the mall increased the number of daily downloads by 300-400%, resulting in an average of ~75 downloads per day.

The mall encouraged one of their most popular cafés to create a coupon with an eye catching discount on tasty nachos. They distributed the coupon via the mall app and published the coupon on their social media with a direct download link. The post was commented 771 times and generated more than 400 downloads in a single day.

Gift card give away

The mall also used their social media outlets to award one lucky user that downloaded the app a gift card at a value of approximately €70. The mall customers responded with 177 comments, many of which were tagging friends and family as well as describing how they would spend the gift card, should they win it. The giveaway converted 583 customers to app users in three days.

The mall made it easy for their stores to contribute h relevant content in different categories, saving time on content collection. Upon launch of the store tool, Emplate Shop App, the mall had created relevant seasons and marketing activities as categories that stores could attach their content to. This meant that mall management could easily round up all the campaigns relevant to e.g. Valentine’s day, Mother’s Day or Summer Sale. The content themes were  used in the central marketing  to promote the app, the mall, and the store in relation to the relevant season. This approach saved time for mall management and made engagement and exposure easy for stores.

The successful launch was partly owed to the tenants of the mall that actively contributed with content that could be distributed via the app and mall website. To get store staff onboard the solution, the mall invited all tenants to an onboarding workshop, where they presented the new digital initiatives. Emplate also presented the workings and values of the new marketing platform and made sure that all tenants received the necessary information to get started. Emplate also set up automatic onboarding meaning that tenants will receive personal e-mails  tailored to their action and information needs.

BONUS INFORMATION: Emplate’s automatic e-mail flows help tenants get to know the tool and get off to a good start. The mail flow has a conversion rate of 56% meaning that you’ll save time engaging your tenants.

The onboarding of store staff succeeded. After just 45 days, 623 pieces of content were active in the mall app, and the tenants were clearly seeing the value of the new marketing channel, as all the important KPI’s rose with time.

Customers welcomed the new communication platform with open arms and embraced the loyalty program that rewarded loyal customers with points for prizes and discounts.

Over the course of five months, no less than 6.400 customers downloaded the new app. Over the course of 5 months these customers, now active users of the mall app, earned points in the loyalty programme by checking in at the mall – and while the majority are still saving for bigger prizes, no less than 290 prizes were redeemed from the loyalty program.

The same customers also scrolled through the news feed, browsing relevant offers and news. In fact they viewed almost half a million campaigns through the app in total, interacting with more than 25.000 campaigns! They even redeemed 800 coupons through the mall app, despite only a small percentage of the stores actively utilized coupons in their campaigns.

On the mall website, Mall Web generated no less than 335.000 views of campaigns across a front-page slider, individual shop-subpages, and individual campaign views. 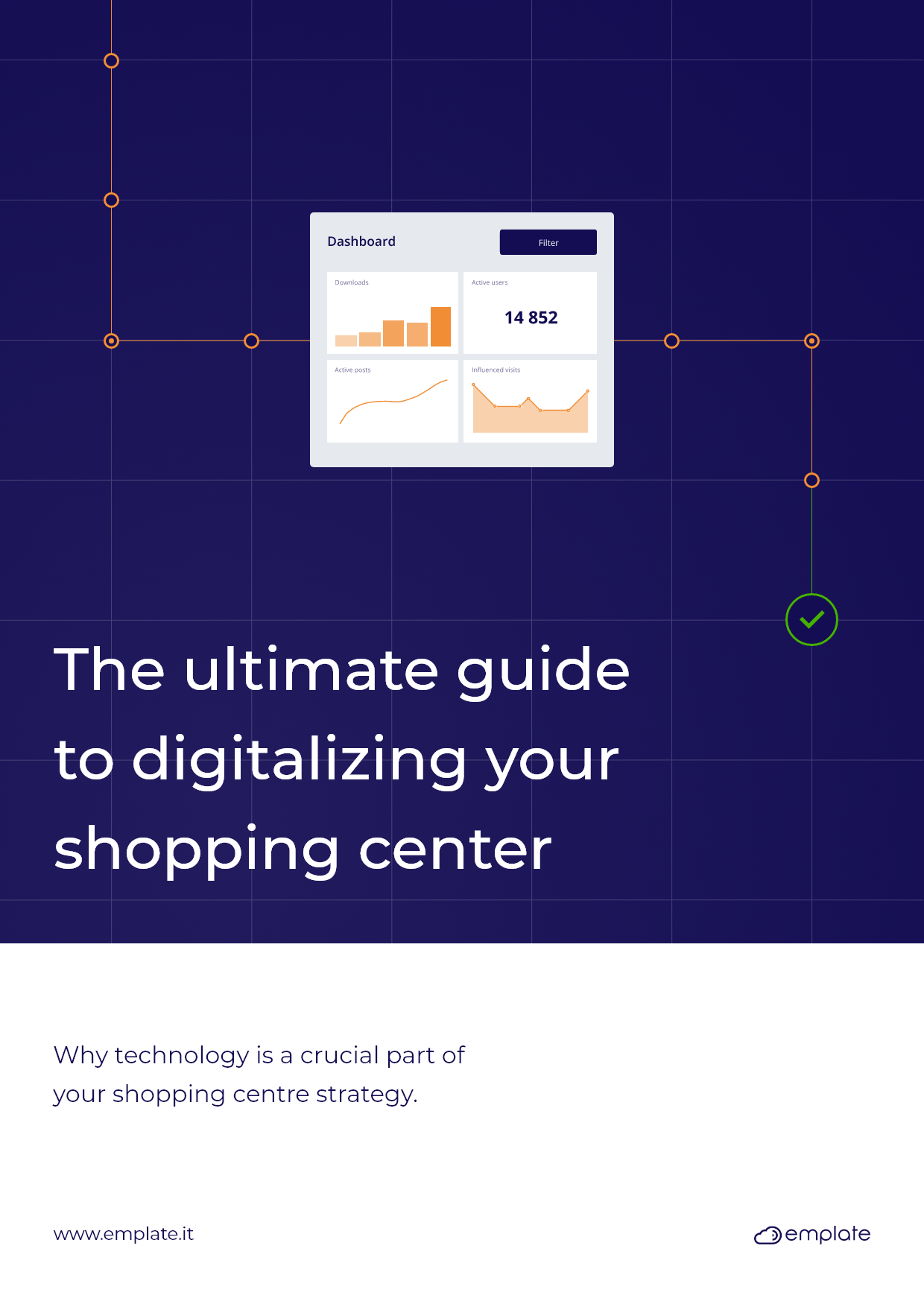